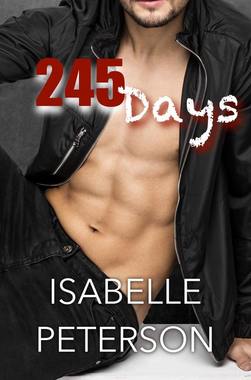 
I hated clothes shopping, especially when the style of jeans I liked were no longer carried by the store. I preferred a looser cut, when all I seemed to be able to find were the ‘skinny’ fit jeans. As a triathlete, my muscular thighs made the skinny fit difficult at best. But I just had to toss my favorite pair because I ruined them when I accidentally spilled bleach on them. Some people can carry off a ‘randomly spotted jean look,’ but I was not that person. Yeah, I suck at doing laundry.
I slipped into the fourth pair I’d pulled off the shelf and took a look in the mirror of the small dressing room. Not bad, I thought. The length was perfect, a little long, but not overly so, they were comfortable in the waist. And not too skinny, more like a straight leg. I turned and tried to see how my ass filled out the back, but the room was so tiny that I couldn’t get a good look, so I stepped out of the tiny room and headed to the set of three mirrors at the end of the hall in the common area of the fitting rooms. Again, I took a look at the front. The slimmer fit made my muscular thighs look pretty amazing, if I did say so myself. I turned to look at the back using one mirror’s reflection in one of the other mirrors. Wow. Really good.
“That pair is definitely the winner,” I heard from behind me.
Startled, I turned to see who was talking and who they were talking to. I  saw a guy, a hot guy, a confident guy, looking my way. He stood against the wall with his arms crossed over his chest in a black T-shirt and pair of black jeans. He had these brown eyes that were like chocolate chips. His smirking mouth was tucked into a nice layer of scruff on his jaw and sent shivers down my spine. No one has ever looked at me that way before. It both excited and terrified me.
“Um, yeah. Thanks,” I managed, once I got my wits about me. “Well, mirror’s all yours,” I said and walked back to my fitting room on shaky legs. When I turned to close the curtain behind me, I chanced a second look. That guy was still watching me. Watching my ass, was more like it. When his eyes traveled up, our eyes locked for a second, then he strode toward the mirrors and looked in the three-way reflection to check out his own pair of jeans. I wanted to be as brave as he was and tell him how hot he looked in the black denim that hugged his ass.
He caught my gaze in the reflection and asked, “What do you think?” He checked out his back side in the mirror, while asking my opinion.
“Yeah. They look good.” Mentally, I kicked myself for sounding like such a dunce. “I guess I’ll get ‘em.” Again, he found my eyes in the reflection, looked down my body and my jeans, then winked at me.
My cheeks heated instantly and I ducked back into the fitting room and sat on the small stool and worked to calm my breathing.
Yup. I’m definitely buying this pair of jeans.


ONE
~ Ashley ~
Tuesday, September 1, 2015
“Really? That’s your pick up line?” I groaned at the otherwise attractive man in front of me with the Bostonian accent.
I gave one last look at the sharply dressed guy; starched white, button-down shirt, a green tie loosened at his neck and snug fitting jeans that boasted a nice package. I made eye contact with him again through my horn-rimmed glasses, his eyes behind his hipster specks, and half wondered if his glasses were prescription or just for show. I noticed that the green tie matched his eyes, the tie that I might have initially wanted to grab to pull him to me so I could taste those plump lips on his cleanly shaven face. But when he opened his mouth, letting the smarmy pick up line slide out, any urge I had to kiss, or even talk to, this man fled. A pity really. His preppy look and slender build were just my type.
“What?” he scoffed, like he was offended. Clearly this guy thought he was God’s gift to men. “That ass of yours has had my attention since you sauntered in here. Unless you only like to top. And let there be no question—I’d bend over for ya.”
I usually avoided college bars. At least I had back at Stanford, where I’d taught for three years. I intended to continue that practice here in Connecticut at New England University. I just started this semester, but I really needed a drink after today. I was no stranger to teaching at a high ranking school, but teaching at a prestigious school, no matter who you are or what experience you have, can mess with your nerves. Even for an egghead like me. So here I was, at The Library—the bar all the co-eds seemed to go to.
“Anyway, I don’t date students,” I explained to the mouthwatering hottie before me, hoping he’d get the hint. After his tacky pickup line, I’d love to just tell the guy to get lost, but I’ve always had a problem being rude. Blame it on my mother.
“What makes you think I’m a student? And who said anything about dating,” he smirked. “I’m a-okay with a one-nighter.”
“Jamison! Get the fuck over here, dude!” a burly guy called from across the bar, pulling the kid’s attention from me.
“Listen. Here’s my number in case you change your mind,” he said, pulling a pre-printed card from his pants pocket and sliding it into the breast pocket of my shirt.  Wow. Just when you think someone can’t get any smarmier.
I downed the rest of my martini and returned my attention to the guy I’d been quietly watching for the past half hour. I recognized him right away as the guy from the mall last week. He wasn’t really my type, but watching him try on that pair of jeans was entertaining, and he looked sexy as fuck in them. I preferred, well, for lack of a better word, nerds. Mr. Hipster Glasses was what I looked for. The Mall Guy sitting at a table with a girl, the guy I couldn’t seem to keep my eyes off of, was anything but a nerd.
He was tan and chiseled, that much was clear with his jet black, V-necked T-shirt, much different than the loose fitting graphic t-shirt he wore at the mall. The sleeves cut across his clearly defined biceps, his forearms were strong, and when he gripped his mug of beer I could see his muscles bunch and flex under the skin. I noticed when he walked in that he wasn’t wearing the slimmer cut jeans I’d seen him in the other day and wondered if he hadn’t bought them after all. The pair he wore now were those popular baggy fitting style, although thankfully he didn’t wear them hanging so low that half of his ass was hanging out the way some of the other kids wore them. His sandy blonde hair was thick and wavy and styled to look unkempt. His features were strong.
Everything about this guy screamed JOCK. Not necessarily hours in the gym and protein-shakes. He wasn’t steroid-built. Not bulky. Just muscular. That said, he was a sporty-kind. Unfortunately, nice to look at, but from experience, not worth talking to. I didn’t know shit about teams and plays and records. Now…the Dow? The NASDAQ? Symphony and opera? Traveling across Europe? I’m all in. But the sports stuff bored me to tears; except PGA—Golf I could do.
Plus, this guy was sitting with a girl. A good-looking girl. A sultry brunette with olive toned skin. And pert. Built like a brick shit-house, as they say. If you’re into that sort of thing, which I’m not. And Stud-Muffin-Sporty was laughing and carrying on with her, likely he was into that type. So why was I looking?